Hello! Could you please introduce yourself?

I am a freelance director/videographer/editor working primarily in live music events and touring, going under the alias Guerilla McGavin. Specifically, I have carved a niche for myself creating video content for EDM DJs, artists, promoters, and festivals.

Since the early Summer of 2021, I have integrated Runway into every single one of my videos I’ve created. Some of the videos I’ve used Runway on are for artists such as Excision, Liquid Stranger, 12th Planet, Adventure Club, TOKiMONSTA, and Galantis. I’ve produced content with Runway for festivals such as Lost Lands and Project Z.

For the purposes of this interview, I will reference one of my more recent videos: an after movie I created for EDM duo Adventure Club for a NYE weekend show in Denver.

Tell us a bit about this project. Who was the audience?

The intended audience of the project is Adventure Club’s fan base on their social media platforms (Instagram, Twitter, etc).

How large was your team?

I’m a one man operation! I shot, edited, basically everything!

How did you find Runway?

Runway was introduced to me by a friend while taking an online After Effects course during quarantine in 2020.

Did you have any hesitation about adopting a new system?

With almost anything new, it can feel overwhelming of course. It’s so easy for an editor to keep relying on the same techniques and methods that he/she are comfortable with. However, often that starts to get boring and feel stale. In order to not only keep my own interest, but stay relevant in a constantly evolving industry, it is definitely necessary to constantly learn, improve, and advance. So while initially I may have hesitated a bit on learning something new, the more I used it the more it opened up the possibilities of my projects and the more it became a tool I cannot do without.

Did you have experience using ML-incorporated tools before?

How long did it take you to master Runway?

I’m not quite sure I have mastered it, as I primarily am only using the Green Screen tool. But I would say one to two projects in, I felt like I had a firm grasp on the tools and what I could do with it.

What do you think helped you learn the program?

I think my preexisting knowledge of editing and compositing definitely helped me to envision how I could incorporate the tool into my projects. From there, it was about understanding the types of shots that would work best for the AI and also what types of shots wouldn’t. This has eventually influenced how I shoot my clients as I am constantly thinking about which shots will mask better than others.

Can you tell us a bit about your editing process on the Adventure Club video?

Here are clips from the recent Adventure Club video. 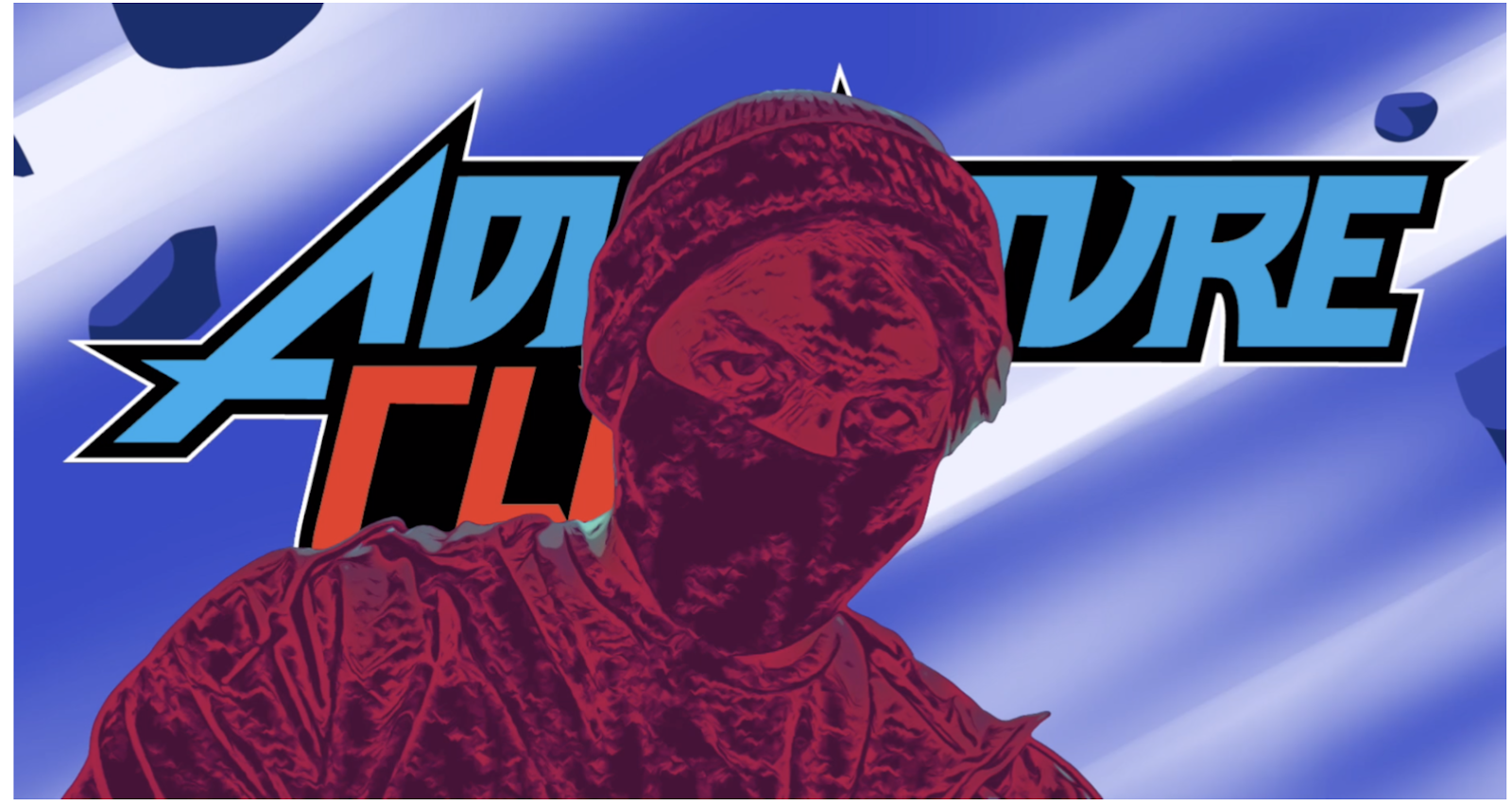 Their whole aesthetic is comic book/super hero styling. And their colors are red and blue. So I really wanted to capture their aesthetic mixed with live footage, sort of a walking breathing comic book.

In the above screenshot, one of the group members is in front of an anime background, and also their logo. For many of my recaps, I’ll use Runway to rotoscope the subject out of the background. With Adventure Club, I take it a step further and apply comic/illustrated filters and coloring to the subject so he looks like a cartoon himself. I applied a red tone to go along with their color scheme. 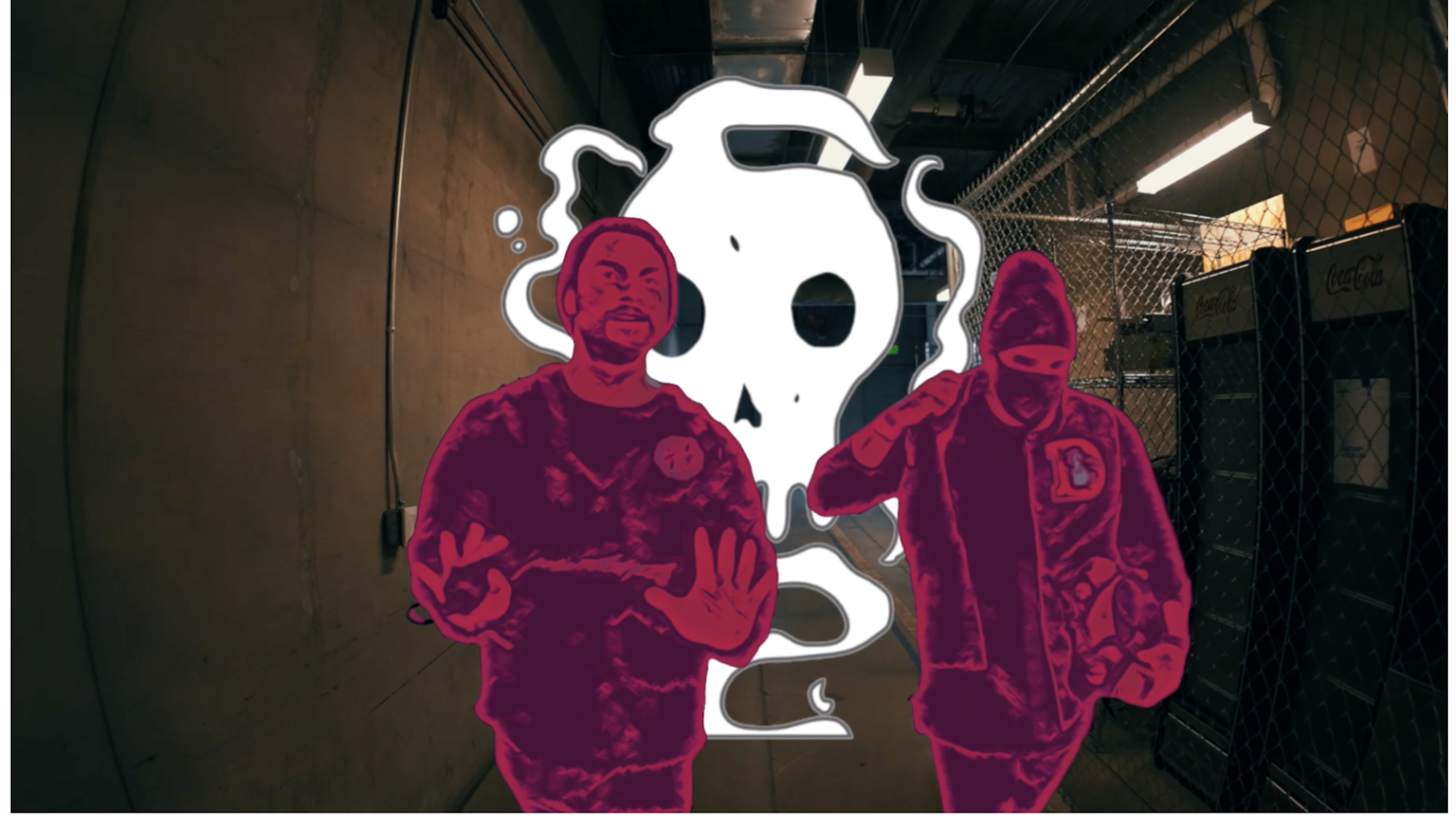 The above is long steady cam tracking shot I took of one of the Adventure Club members (left) along with the other artist he performed with, Bear Grillz. I knew this shot would mask nicely because of how steady the camera was and also the lighting of the backstage hallway. I used Runway here to mask the subject. I layered that mask over the original shot so I could color the mask. I was then able to also add flash animation behind the subjects to give the shot a sense of depth. 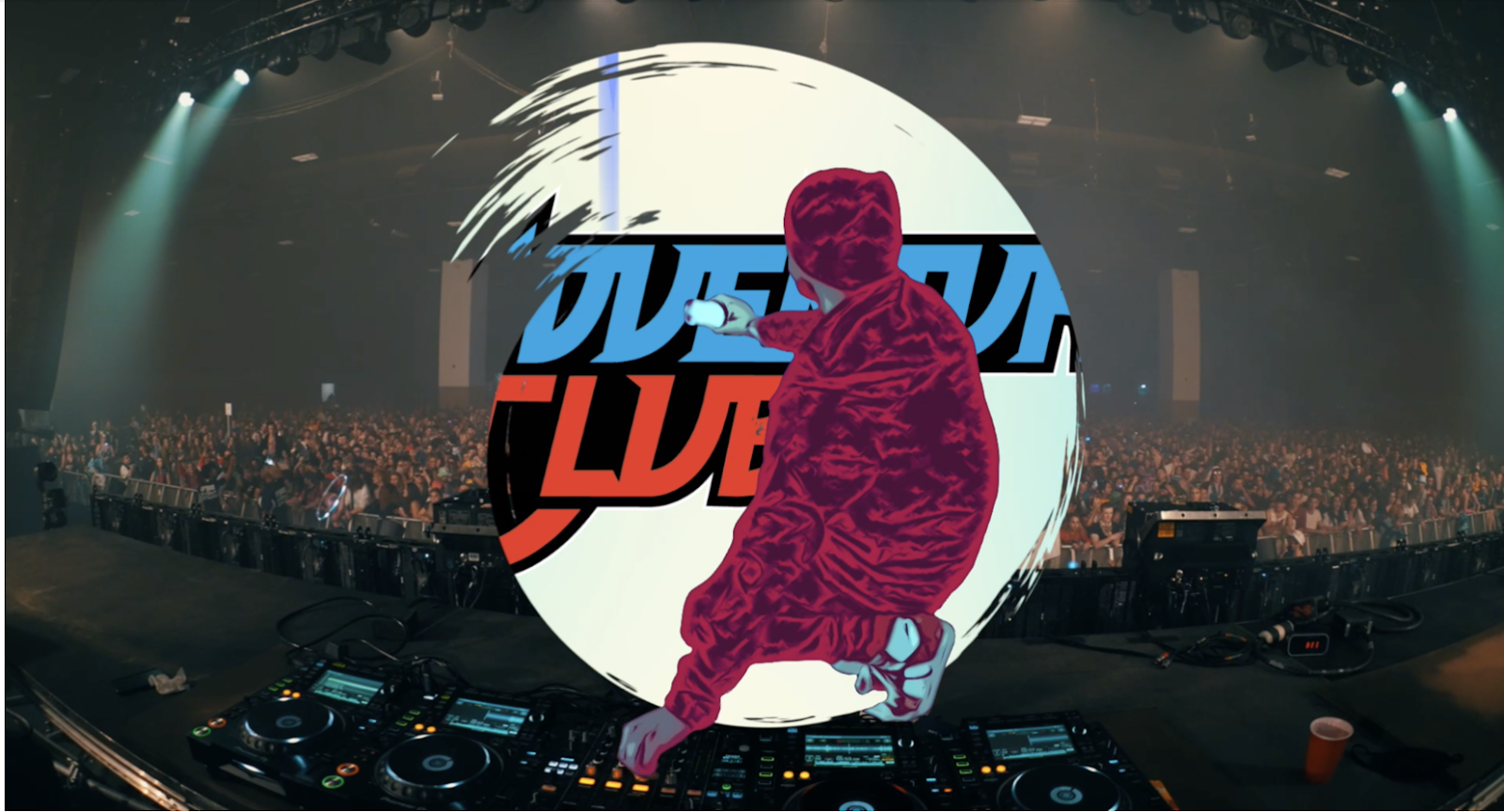 This shot is at the end of the video, and I always want to reveal the artist logo at the end in a cool way. Here, the artist is on top of the decks, so I masked him there and then layer it over the original footage. I then have the original footage transition into their logo over an anime background, but the subject remains. This snapshot is mid-transition, so you can see where I was coming from and where I am going.

How long did it take you to master this shot/section?

As I stated before, after a couple videos utilizing Runway, I really got the hang of the tool. But, over the course of the last 8 months, I’ve really gotten a system down of not only using the tool, but also capturing the right footage that I know will mask easily or lend itself to looking really cool for a masking shot in the mix of the edit. So Runway has heavily influenced the way I shoot in the field as well as how I edit afterwards.

How long would this have taken, without Runway?

I am not quite sure, but most likely much much longer than this took me. I probably masked about 12-14 shots total for this particular video and that took me about 12 hours, give or take.

How much would that have cost you?

I am not quite sure as I have never outsourced this kind of work, but I’m sure it would not have been cheap. However, time = money, and the days it would have taken me to do this in a more traditional method vs. the hours it took me with Runway would have cost me work on other jobs for sure.

Did Runway benefit your process?

The AI streamlines an otherwise meticulous and time consuming task. Being able to deliver a creative and unique project much faster than anticipated is a benefit for any professional with a busy slate!

It allowed me to really incorporate the artist’s branding into the video in a way that many people haven’t seen before.

It allowed me more freedom within the confines of my non-linear editing. With more masking shots to use, it allowed me many more possibilities of how to transition from one shot to another, often in ways that even surprised me!

What feedback did you get on the content quality?

Ever since I have incorporated Runway into my work I have received nothing but compliments on the creativity involved. I have carved out a unique style that helps me stand apart in an otherwise over-saturated field of work.

How do you see yourself using Runway in the future?

I see myself continuing to incorporate Runway into every project, and hope to get familiar with the other tools I have yet to learn.

How do you see the future of video and AI?

I am not quite sure as I still feel like I am quite new to this subject. But like all technology, I can only see AI getting better and better and streamlining the creative process as Runway is already doing.

Share
Trusted by the best video makers
Everything you need to edit video, fast.
START CREATING NOW
All from your browser. No downloads required.